The Holy Bible, Containing the Old and New Testaments.
Baltimore, James Dugan. No date, but it conforms with the
late 19th century Victorian Bibles. It says "...in the year of our
Lord, One Thousand, Eight Hundred..." on the marriage page.
It has no color plates, so I assume it is as old or older than their
marriage date in 1874. No reference in Hills, or an others I
could casually find. Very large Bible with silver clasps, in good
condition. Cover detached and spine loosening, but all original
and nothing missing. 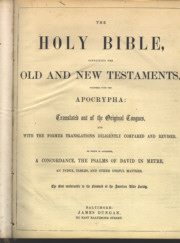 This Bible was acquired by Randi Kiessig and passed on to Tracy
St. Claire. It is currently in Tracy St. Claire's possession and will
be passed on to a descendent. tracy@stclaire.org

I combined pages two and three in transcribing for easier understandability. 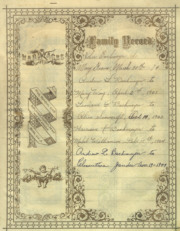 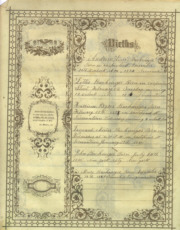 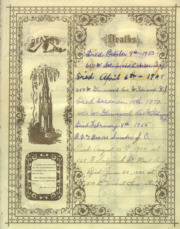 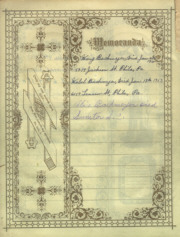 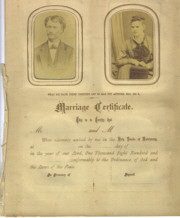 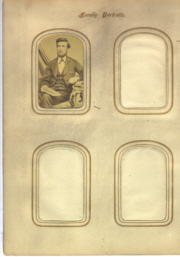 The photographs on the backs of both on the marriage
certificate say "John Bachmeyer". I assume it is John
Bachmeyer and Mary Krause, as there are also numerous
photographer notes on the reverse. The other photograph
is unidentified. The photographer for all is Franklin
Photography in "Manaytnk".