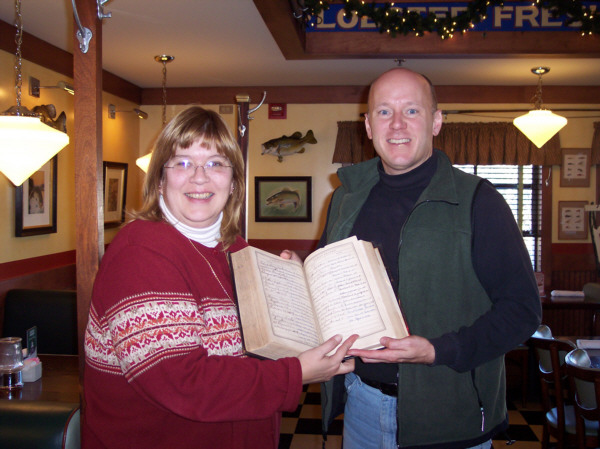 This Bible is in excellent shape, having been rebound along
the way. It now has a black leather binding with gilding,
and the name "Thos. J. Boynton" gilded on the bottom
edge of the spine. That is unusual, as the name of Thomas
J. Boynton does not appear in this Bible.

This Bible was purchased at Back Alley Books in Evanston,
Illinois. Great place to go if you are ever in the area.

Returned to Susan Boynton Ward (listed below!) of Glenview,
IL.

Arthur J. Boynton and Ruth Alice Bullock were married at
Pawtucket R.I. May 17, 1910.

Susan Eleanor Boynton was born in Evanston, Ill. on May
21, 1954, and was legally adopted by John F. and Eleanor
L. Boynton in the County Court of Cook County, Illinois
on April 6, 1955.