The Holy Bible Containing the Old and New Testaments,
According to the Authorized Version, With Explanatory
Notes, Practical Observations, and Copious Marginal References
by Thomas Scott. Published in six volumes (I think); this is volume
two only. New York, Collins and D Hannay, 1832. Stereotype
of A Pell and Brother, New York.

This Bible is in good condition. The binding is tight and complete
the spine is nearly complete with some loss at the top and around
the label. The signatures are holding well. There is some minor
bookworm scarring in places (not affecting the text) and wear to the
boards.

This Bible is the Bible of Rev. George Finney. He was son of CT
Rev. War veteran Sylvester (Silvester in this Bible) Finney and brother
to the famous Rev. Charles Finney, Evangelist and president of
Oberlin College in in 1800s. Both are mentioned in this Bible.

Below the Bible transcript are some notes I took in researching this Bible.
They are NOT part of this original Bible record and are just provided for
additional information. I am not a particularly good typist -- please examine
the original source to be ultra-sure of the content. 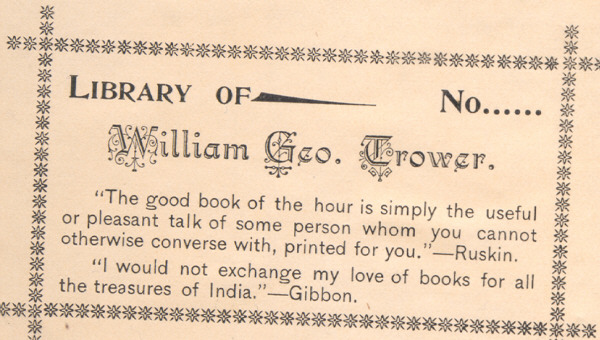 Library of William George Trower
[note: this person may or not be related. The book may have just been
in his possession at one time.]

Silvester Rice Finney Died in Do Do Do
June 3 1808 [in this entry the reverse happened, the 1808
overwrote 1803. The family had two children both named
Silvester and both died, and he transposed the dates, I
suppose]

[Other Notes of Interest]

On the inside back cover, there are some mathematical notations that appear to
calculate people's ages at death. One could guess at the death dates at
some people in this Bible using these doodles, I imagine.

[From the Whitney Family of Connecticut, and its Affiliations, being
an attempt to trace the descendants, as well in the female as the male
lines of Henry Whitney, from 1649 to 1878. Authors Phoenix, S. Whitney,
New York, privately printed 1878.]

Sarah Lucinda Finney b. in Henderson N Y 29 Oct 1823; married 3 May
1843 by her father, at Haverhill, Mass, to Henry Augustus Butters, a tanner
whose parents lived in Haverhill, and previously in Medford and Andover
Mass. He was born in Andover 3 Sept 1817, son of Francis and Betset (Griffin)
Butters. They lived in Haverhill until 1864, and then moved to San Francisco,
Cal, where they were living in 1874.

Cyrus George Finney, b. in Henderson N Y, 6 Apr 1825; a dentist, settled
in San Francisco Cal; and there died of consumption 11 Apr 1862, unmarried,
and was buried in Mountain View cemetery at Oakland, Cal.

Sylvester Finney's File # is S16114. It give a complete account of his military
activity but not much genealogy information. There is a letter handwriiten by him --
actually by another and signed by him -- in 1838. In it he states he is living in
Oberlin Ohio with a son, and his wife was dead, and his children were living in
New York, Michigan and Ohio. Heritage Quest (online and available usually at
your library) has this record digitized.