This Bible record was published in the Essex Institute Historical Collections, Volume 52, Number 2, April, 1916. (Essex County, Massachusetts). The overall title for this section is Marblehead Bible Records, indicating that the families in this section were from Marblehead Massachusetts.

There appears to be five different people named Ebenezer Griffen named below: the father, three sons, and a grandson.

Below this line, verbatim from source, with minor formatting changes. 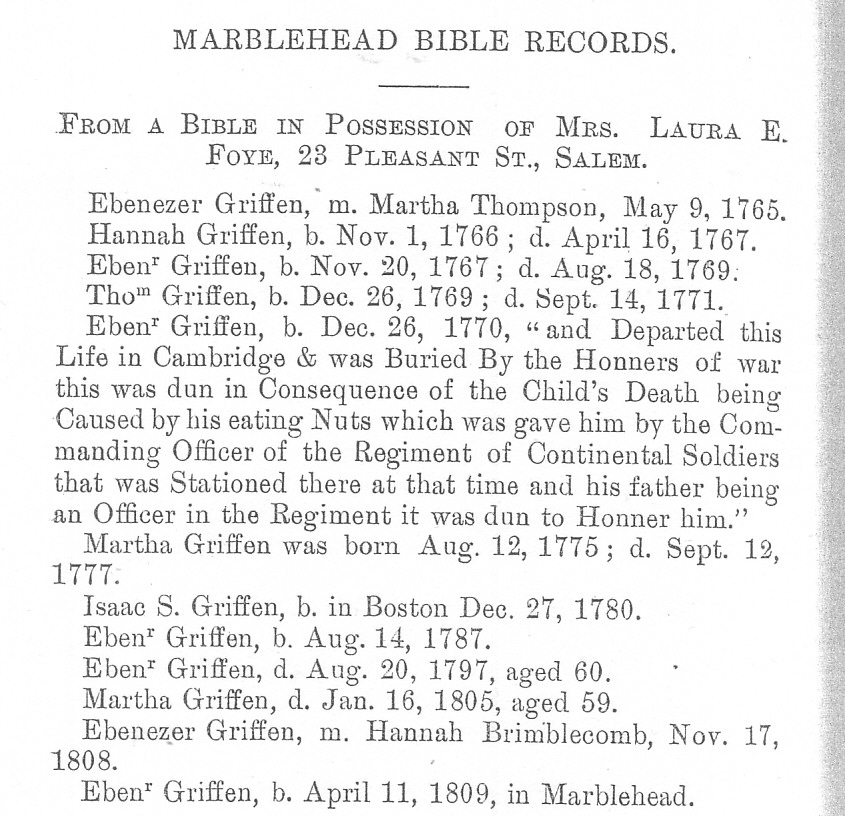