This Bible record was transcribed from the Genealogical Records
Manuscript Entries of Births, Deaths and Marriages, taken from
Family Bibles 1581-1917, Edited by Jeannie F-J. Robison and
Henrietta C. Bartlett, The Colonial Dames of the State of New York,
New York, 1917, p 103.

Below this line is verbatim from source, with some minor formatting changes.

Contains the marriage notice of Jeremiah Houghtaling
and Mary Roosa, his wife, with their birth dates. It was
presented to the American Bible Society by Thos.
Houghtaling of Hurley, N.Y., in 1842, and is now in the
New York Public Library. 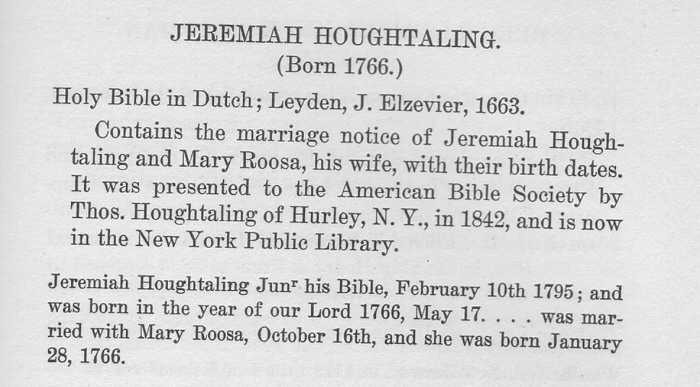