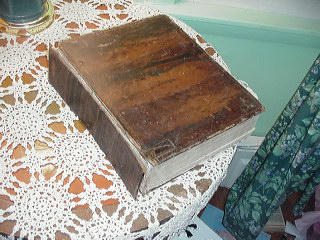 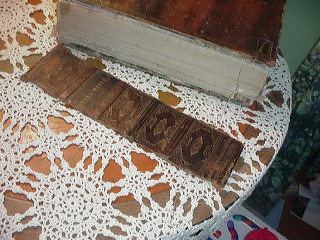 Bible is currently in the possession of Tracy St. Claire,
tracy@stclaire.org. This Bible was returned to relative
Nancy Soper.

Just in case no one recognizes this family, I have listed the direct line down to Albert. It would be wonderful for this Bible to find its way into the family line again.