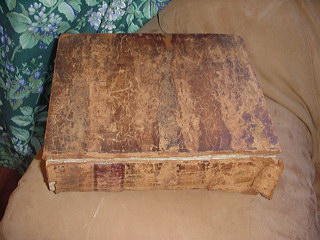 This bible is in fair condition, with covers separated
and heavy foxing.